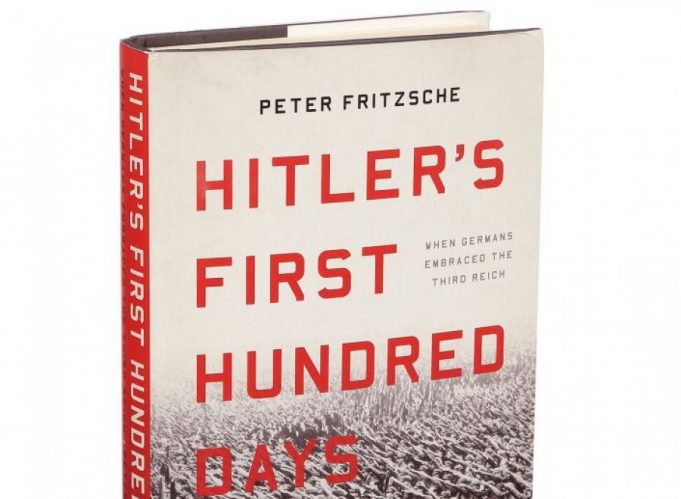 What does it look like to raise Hitler since the election of Donald Trump? Historians and activists have already been preoccupied with drawing parallels between fascist demagogues while watching Marine le Penin suddenly win many votes in the 2012 race for the French presidency.

Since mid-November 2016, many European scholars between the two wars have been taking a more active role, creating online courses on fascism to highlight similarities with the present. Were these overcrowded or out of place?

Peter Fritzsches’ answer to these questions has been to go back and re-evaluate what we think we know about Hitler’s rise. The simple narrative that the old elites brought Hitler to power has disappeared, reports Koha Ditore.

In “Hitler’s First Hundred Days,” in Fritzsches’ dramatic account, and even in the final meeting between the main players at 10:45 a.m. on January 30, 1933, nothing was certain. With an anti-Weimar and anti-democratic majority of communists and Nazis in the Reichstag, no coalition could come together to put the Assembly in line. Nor did the people around German President Paul von Hindenburg want him to leave.

But likewise, they did not even want to talk to Hitler. Of course, they feared what Hitler might do if early elections were held and the Nazis won the mandate.

It was a time, in the 1970s and 1980s, when the attention of historians was on this level of grand politics, seeing Hitler’s rise to power as essentially the result of political machinations and the fundamental opposition of all German elites to the democratic government. . But since then, historians have begun to examine other sectors of German society, in part because the focus on the elite does not shed light on the character of right-wing populism.

Undoubtedly, all attempts to draw comparisons, much less to draw parallels, override the fact that the sense of political threat in the 1930s and the time of economic lies was much deeper and more elusive than today’s problems. What Fritzsche does with amazing vibrancy is to turn the tide back in 1933: Hitler’s first 101 days marked key moments in his appointment as chancellor, which immediately sparked widespread political terror against the left through the March election. until the popular boycott of Jewish stores on April 1 and the banning of trade unions a month later.

On May 1, the basic contours of the Nazi dictatorship may have been developing and not very secure.

The events that led Hitler to September 1934 in Leni Riefenstahl’s prototype dictator “Triumph of the Will” had not yet taken place: the banning of other political parties, the execution of Nazi radicals, and the death of Hindenburg would come some time before. Hitler would dissolve the posts of president and chancellor, and most of the new military recruits would be sworn in personally./koha.net/